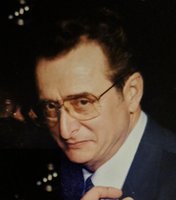 North Plainfield - Harris Gerson Levy, passed away peacefully at Care One in Bound Brook on his birthday, November 16, 2019, he was 77.

Harris served his country proudly as a Navy Veteran who served during the Vietnam War and was a member of the National VFW, American Legion, and AARP.

He was a very detailed oriented  person who worked as the Project Manager and Supervisor for Century 21 Construction prior to retirement in 2006.

He is survived by his wife, Kyong Suk Chang, a daughter, Theresa Macias, a son, Guy Levy and his wife Carla, six grandchildren and a host of extended family and friends.

Funeral services will be held on Monday, November 18, 2019 at 12 noon in the McCriskin-Gustafson Home For Funerals, 2425 Plainfield Ave. South Plainfield, NJ 07080.

Family and friends may gather prior to services beginning at 11:00 AM until the time of the services at noon.