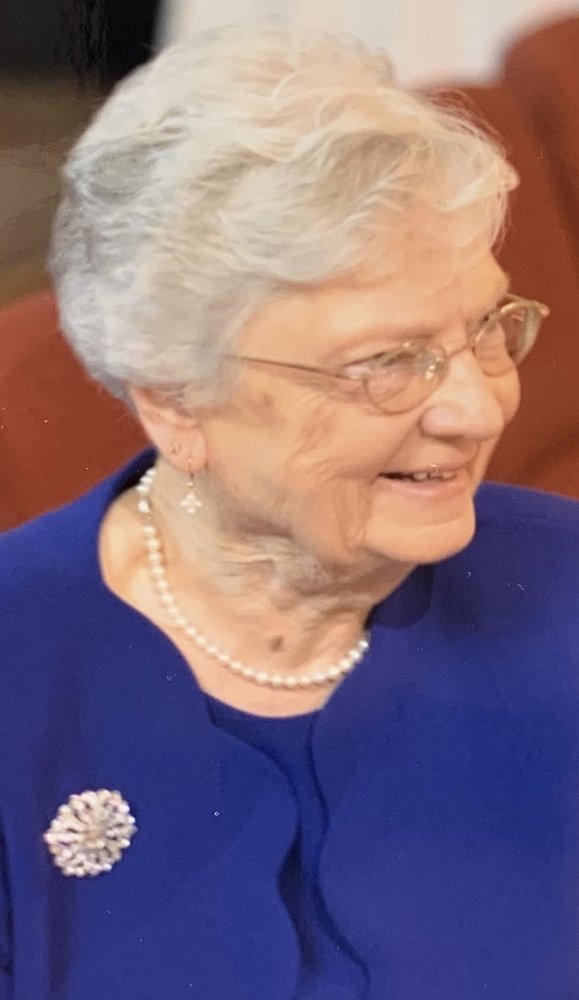 South Plainfield, NJ - Ruth V. (Eppert) Schulte, 96, passed away on June 4, 2019 at Regency Heritage Nursing Center in Somerset. Born in Colfax Twp, Boone Co, Iowa to the late Harry and Zoe (Long) Eppert, she was a true farm girl with big dreams. After graduating High School in a class of 16 in 1940, she went on to graduate from Iowa State University and worked in food management, before heading out to the big city, New York City, where she met the love of her life, the late Raymond Schulte. Ruth worked as a waitress for Kless Diner in Irvington for many years, and also worked as a Bookkeeper for the Fireman’s Fund Insurance Company in Newark until she retired from that job to work in the family business.

The Schulte family settled in East Orange where they raised their children. Ruth worked in the business that Raymond founded as a bookkeeper at Triple S Manufacturing in Linden, which is still in business today as Triple S Industries. Ruth was a longtime member of the United Methodist Church in Linden. She was active in the church and handled the Bookkeeping for them as well for many years. Ruth had a strong sense of family from her midwestern roots; totally devoted to family. She enjoyed reading, crocheting, and was an avid letter writer keeping in contact with her family in Iowa. Nothing was more important to her than the closeness of her family.

Visitation will be on Tuesday, June 11, 2019 in the McCriskin-Gustafson Home for Funerals, 2425 Plainfield Avenue, South Plainfield, NJ 07080 beginning 9:00 am. Funeral services will be held 11:00 am at the funeral home with burial to follow at Rosedale Cemetery in Linden. Those wishing to make contributions in Ruth’s name, please send in her honor to United Methodist Church of Linden, 321 North Wood Avenue, Linden, NJ 07036.