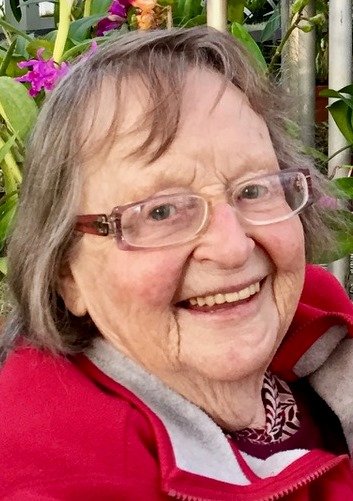 Marjorie A. Machat, 91, passed away on Saturday, November 9, 2019 at Brookdale Assisted Living in Hillsborough.

Born and raised in Plymouth, Massachusetts, Mrs. Machat lived in South Plainfield from 1960 until 2012 when she relocated to Hillsborough.

She received a B.A. in Mathematics from Boston University and an M.A. in Teaching from Bridgewater State Teachers’ College.  Following graduation, Marjorie entered the workforce as a teacher before becoming a homemaker where she was devoted to raising her family.  A longtime member of Cedarcroft Bible Chapel, Marjorie enjoyed crafts, baking, singing and served as a Sunday School teacher for many years.

After raising her family, Marjorie was a member of the South Plainfield Senior Citizen Center and volunteered her time throughout the community for many years working with children, the elderly, and people with disabilities.

Viewing will be held on Saturday, November 16, 2019, beginning at 10am, followed by funeral services at 11am at Cedarcroft Bible Chapel, 1715 Kenyon Ave, South Plainfield.

Funeral Services are under the direction of the McCriskin – Gustafson Home For Funerals 2425 Plainfield Ave. South Plainfield, NJ 07080