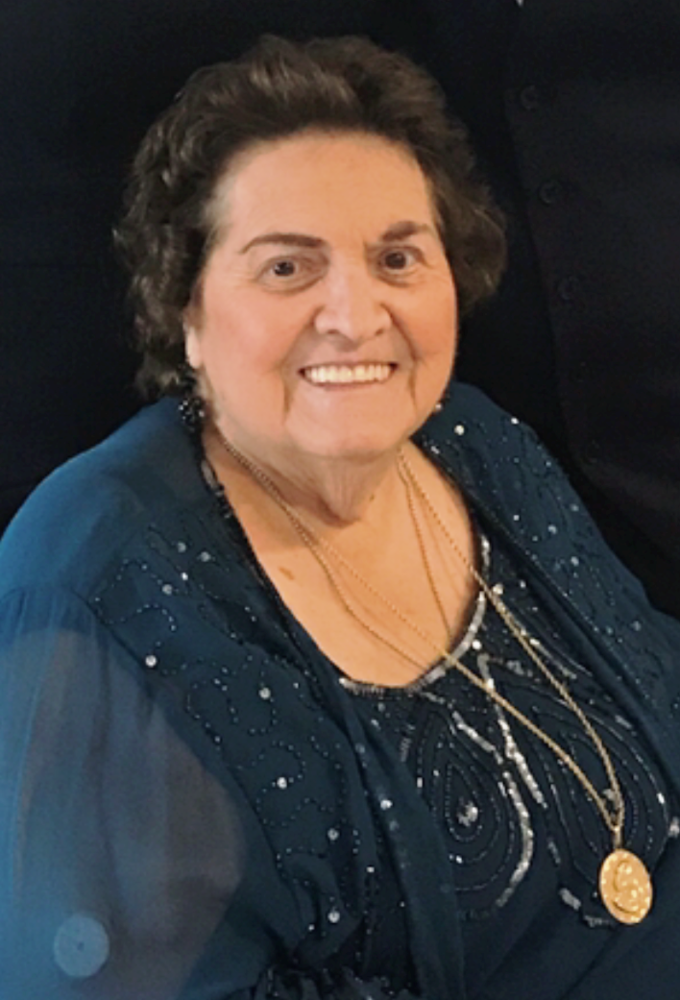 Jane “Nanny” Doherty, age 91, passed away peacefully at home, surrounded by her loving family on Saturday, March 7, 2020.  Jane was born in Jersey City on September 15, 1928 to Hugh and Mary (nee Buss) Hanley.  Always the strong, Irish matriarch of the Doherty clan, Jane lived with her husband, Thomas “Doc” Doherty and their five children, in Colonia for 20 years before moving to Edison and living there for 22 years.  Jane and Doc lived in Atlantic Highlands until his passing, when Jane moved in with her daughter Jane Ann’s family in Middletown.

Jane, a proud alumnus of Saint Dominic’s Academy, worked as a legal secretary in Jersey City until falling in love and marrying Doc in 1949.  While raising their five children, Jane also worked as a secretary for the Woodbridge Board of Education. Having enjoyed a rich 26-year career in the township, she retired in 1992. Jane was also a member and past president of NJEA Local of Woodbridge. During their retirement, Jane and Doc enjoyed spending their winters as snowbirds on North Hutchinson Island in Vero Beach, Florida, and cruises on the Queen Elizabeth.

As a woman who lived her Catholic faith, Jane was an active parishioner of St. John Vianney Church of Colonia. She attended mass and prayed the rosary daily. Jane’s devotion to her parish led her to become one of the charter members and past president of the school PTA. Upon moving to Edison, Jane became a parishioner of St. Helena’s Church and was active with the St. Thomas Aquinas High School PTA board. A sports fan as well, Jane helped establish the North Edison Girls Softball League and was a board member and coach for the North Edison Pop Warner Shamrock Cheerleaders.

A dynamic and generous woman, Jane volunteered as a Den Mother for the Boy Scouts of America, was a member and past president of the Atlantic Highlands Garden Club and Red Hat Society. Jane’s playful personality led her to become an excellent and competitive bridge player, with novice players often turning to her for lessons. Although Jane enjoyed her hobbies, her greatest happiness came when she was with her family. She loved hosting family gatherings and cooking their favorite dishes, like her famous homemade meatballs and “Poor-Man’s Fruitcake”.

Jane is predeceased by her husband Thomas “Doc” and their son Garrett, as well as her brother Hugh Hanley. Jane is survived by her loving sister Mary Biggio of Vero Beach, FL, as well as her devoted children and their spouses: William and Laura Doherty of Point Pleasant, NJ, Thomas W. Doherty of Sheboygan, WI, daughter-in-law Cyndi Doherty of Edison, NJ, Mary Beth and Raymond Lochard of Wurtsboro, NY, and Jane Ann and Craig Naha of Middletown, NJ, along with 12 grandchildren and 14 great grandchildren.

Even in death, Jane continues to give, as she was a whole-body donor, donating her remains to science.

A memorial mass celebrating her life will be held on Saturday, September 12, at 10:00am, in Saint Mary, Mother of God Church in Middletown, NJ.