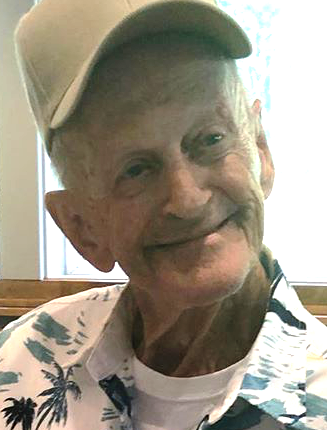 A devoted family man, he will be remembered for his loving support for all, in words and deeds.

Bill was a talented athlete; he remains the Union High School record holder for scoring five touchdowns in a single game. Upon graduation in 1944, Bill enlisted in the U.S. Army and proudly served our country during WWII with the 33rd Infantry Regiment until his honorable discharge in 1946. Shortly after, he was drafted by the Boston Red Sox as a catcher in the 1947 Draft Class but was unable to report to camp due to an injury. He began his working career at Western Electric in Union as an equipment technician, retiring in 1983.

Bill is predeceased by his wife of 69 years, Marie, who entered eternal life in 2019. She was the girl of his dreams.

Surviving are his brother Bobby Buob and his wife Ronnie of Brick; his daughters Diane Brevet of Metuchen, Carol Carnevale and her husband Anthony of Piscataway, and Roseann Walsh and her husband Michael of Avenel; son Billy Morgan and his wife Lori of Union; grandchildren Michael, Matthew, Dana, Anthony, Sara, Rebecca, Domenick, and Kristina; and six great-grandchildren.

Funeral Services have been entrusted to the Piscataway Funeral Home located at 18 Stelton Rd. Piscataway, NJ 08854.

Entombment will be held on Thursday, May 28, 2020 at Resurrection Burial Park in Piscataway.

Share Your Memory of
William
Upload Your Memory View All Memories
Be the first to upload a memory!
Share A Memory
Send Flowers
Admin Login | Website powered by FuneralTech & TA