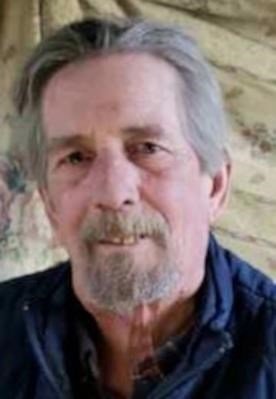 Walter, Jr. was predeceased in death by his parents, Walter E. Figel, Sr. and Evelyn M. (Kurkowski) of Middlesex. In addition, he will be sadly missed by many cousins, nieces and nephews and all who knew him. A cute story to be shared of his nickname "Whitey" is that it was given to him when the first strands of his curly pure white curly hair appeared on his head… this nickname carried through all these years in his very large family.  He enjoyed playing solitare, was an avid NASCAR fan, especially #2, Rusty Wallace and loved the NY Yankees and NY Giants.

"Walt" / "Whitey" graduated from Middlesex High School Class of 1969 and was a graduate of St. Francis University in Loretto, PA. He spent most of his life as a resident of Middlesex while spending some years living in Hillsborough, NJ. In his youth, he played Little League Baseball and Rec Basketball as well as played on the MHS JV basketball team. He was a trumpet player in the MHS Marching Band and enjoyed being a Boy Scout where he found his love of the outdoors and camping. His passion for the outdoors had him enjoying trapping, hunting, fishing (freshwater and saltwater), camping, and boating. One of his happiest memories created came just after his college graduation when he and a few college buds drove out to Colorado, filled their car up with Coors Beer, and drove (smuggled) it home - remember, at this time in the 1970's you could not get Coors beer East of the Rockies! He was delighted having completed this feat which has gotten the biggest laughs as he shared this story over the years.

After college graduation, he became very interested in carpentry having been around his dad working beside him on many side projects. His keen interest turned into his career as a skilled union carpenter working for 40+ years doing what he loved. He retired several years ago from the Carpenters Local Union #254 Northeast Carpenters in Edison, NJ (formerly Carpenters Local Union #455 in Somerville, NJ). "Walt/Whitey" enjoyed family camping and boating at Driftstone on the Delaware Campground in Mt. Bethel, PA and the Delaware Campground in Columbia, NJ for over 40+ years.

He was a beloved member of the Kurkowski Family having been assigned #14 which he wore on the Kurkowski Family Reunion t-shirt each member wears. His #14 designated when he came into the K family…It will now hang in his memory so we can remember him and the fun party guy he was when we hold our next bi-annual family reunion in 2021 Being of 100% Polish heritage, "Whitey" could dance a great polka, was a great kielbasi smoker, and acquired a keen taste for many Polish dishes. His love of playing horseshoes got him on a team that played in the Championship Horseshoe Tournament held at Mountainview Park in Middlesex years ago. He enjoyed life to the fullest as long as he could. He loved his family and friends always finding time to relax and enjoy life with them. His presence will be sadly missed by all.

In lieu of flowers or monetary donations, please provide an act of caring and kindness in his memory.

Burial will follow at Sacred Heart Cemetery in Hillsborough.