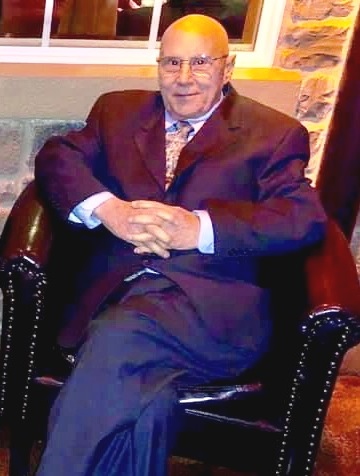 Michael P. Omelio III, 74, “Mike,” passed away on Monday, November 23, 2020, at Robert Wood Johnson University Hospital at Somerset in Somerville.  Born in Plainfield, Mike grew up in North Plainfield and had been a resident of South Plainfield since 1968.

As an early computer programmer, Mike was an expert in the original COBOL programming language for IBM mainframe computer systems. Due to that expertise, Mike worked in data centers for global organizations that included Johnson & Johnson, SeaLand/Maersk Group, AT&T, and Merrill Lynch.

Mike enjoyed watching football. For over 30 years, he spent almost every Sunday watching the games with his son, Christopher, mostly watching the Raiders with good wings, beer, and (very) occasional victory shot.  Mike also enjoyed a shared passion in all things’ naval ships with his father (Michael P., II) and son Michael (IV).  Home improvement projects, successful (and some not-so-much-successful), were also all part of Mike’s wonderful “gifts.”  As a retiree and “Grandpa,” Mike embraced his new role with open arms and heart in his later years.  Mike shared his love of Star Wars, chocolate, and classic black & white movies with his grandchildren at every moment possible.

Times with his family and father, Michael always offered kindness and a laugh at every moment he could. We will hold on to all these unforgettable memories of him that make us all smile.

Predeceased by his mother Carmella, surviving are his wife, Amy; daughter, Jennifer Corsello and her husband Michael of Hillsborough; sons, Michael of Piscataway and Christopher and his wife Bonnie of Hampton; father, Michael P. II of North Plainfield; sisters, Carol Giuliano of Hillsborough and Odelia Hallam and her husband Richard of Asbury; brother, Albert of Forked River and grandchildren, Emily and Michael.

Visitation will be private for the family, and a public memorial service will be held at a later date.

In lieu of flowers, the family requests you consider a donation to the American Cancer Society in his loving memory. www.cancer.org