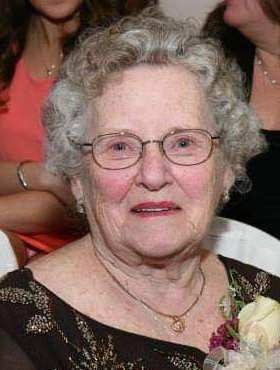 Born in Elizabeth, to the late Raymond Gallagher and Martha (Buck) Bianculli, she grew up in Plainfield and had resided in South Plainfield from 1950 until 2007 when she settled in Bayville.

Bea was an avid long time bowler, having bowled over the years in various leagues in the Middlesex County area and most recently had been an active member of St. Barnabas Church in Bayville.

A public visitation will be held on Sunday, February 21, 2021 from 1-4 PM in the McCriskin – Gustafson Home for Funerals, 2425 Plainfield Ave. South Plainfield, NJ 07080.  Livestream viewing will be available on her web page at www.mccriskinfuneralhome.com

Those attending are reminded that during this ongoing pandemic, according to Executive Orders and the CDC guidelines, all are required to wear a mask at all times while visiting,   please be mindful of physical distancing to the best of your ability and limit your time in doors to allow all who desire an opportunity to pay their respects.  We thank you for your understanding and for taking these precautions during this difficult time.

A private funeral mass will be held on Monday, February, 22, 2021 at 10:30 AM in Sacred Heart Church, South Plainfield NJ 07080.  Livestream viewing of the mass will be available at

In lieu of flowers, donation in her memory may be made to St. Jude Children’s Research Hospital.