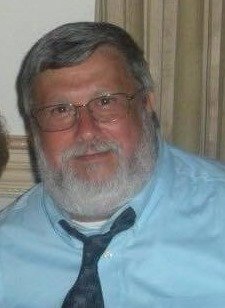 Ronald was born on December 2, 1946 in Manhattan, New York.  He was a lifelong resident of Piscataway Township, only residing in Metuchen for a short time.

Initially, Ronald worked for American Standard in Piscataway and then enlisted in the United States Navy in 1966.  Ronald served upon the USS Wallace L. Lind as a Radar Man until his honorable discharge in 1969.  He was presented with the National Defense Service Medal, the Vietnam Service Medal and the Vietnam Campaign Medal.

Upon his return from the Navy, he worked for Procedyne Corp in New Brunswick.  A member of the VFW and American Legion, he coached recreation girls softball for many years. Ronald also enjoyed fishing.

He will also be missed by his six grandchildren, Reese and Emerson Oliveri, Violet Vogel, Jason Hegedus and Lainey and Taryn Zaneto; siblings, Cory Zaneto, Jill Hospador, Margret Zaneto and Maureen Carroll along with his eight nieces and nephew and twelve great nieces and nephews.

Funeral services will be held on Monday, February 22, 2021 at 10AM in the Piscataway Funeral Home, 18 Stelton Road, Piscataway NJ 08854 followed by entombment in Clover Leaf Memorial Park, Woodbridge.

Family and friends may gather in the funeral home on Sunday, February 21, 2021 from 2-5PM.

In lieu of flowers, donations may be made to the Gary Sinise Foundation, https://www.garysinisefoundation.org/donate/

During this ongoing pandemic, according to Executive Orders and the CDC guidelines, we kindly ask that face masks must be worn while visiting, to be mindful of physical distancing to the best of your ability, and are asking visitors to minimize time spent indoors to allow everyone a chance to pay their respects. We thank you for your understanding and for taking these precautions during this difficult time.