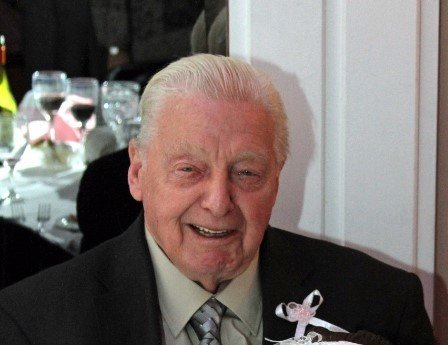 Cranford – Joseph Nicholas Yorey, 94, passed away on June 18, 2021 at the Clark Rehab and Nursing Center.  Born and raised in Jersey City to the late Nicholas and Stella (Fudale) Yorey, Joe has lived in Kearny, North Plainfield and Cranford.

An honorable discharged veteran of the United States Army, Joe served during World War II and was released from active duty in November of 1946.  Joe belonged to the Teamsters, was named Volunteer of the Year for the Union County Senior’s and received many awards over the years.  Joe was also involved with the Union County Senior Nutrition Program.  He could often be found sitting on his porch singing or listening to music.

Predeceased by his loving wife Rita, Joe leaves behind his two daughters and their families; Valerie DiNizio, her husband Art and their sons; Nicolas and Joseph and Cynthia Georgiadis and her husband John and their daughter, Penelope.

In lieu of flowers, donations sent to your local American Legion or any organization that helps Veterans would be appreciated.