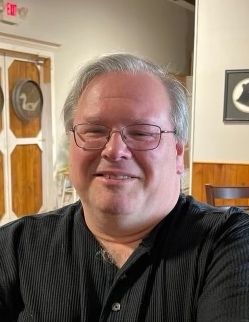 The youngest of 5, John was born and raised in Elizabeth before settling to South Plainfield in December of 1992, where he raised his family.  The BBQ King, John enjoyed cooking for family and friends as well as taking trips with his beloved wife, Ranae.  He was also an avid fisherman and collected model trains.

John, the “glue” of his family, will be remembered for his kind disposition and as a devoted husband and loving father.

Surviving are his wife of 35 years, Ranae (Heilmann) Roesch; four sons, John and his wife Kelly, Brian and fiancée Anna, Matthew and girlfriend Ashley and Joshua.  He will also be missed by his siblings, Elizabeth Devincenzo and husband Nicholas, James Roesch and wife Olga, Patricia Ambielli and husband Robert and Michael Roesch and wife Diane; sister in law Donna Heilmann and mother in law and father in law, Rose and George Heilmann along with many nieces, nephews, extended family and cherished friends.

In lieu of flowers, donations may be made to John’s Go Fund Me