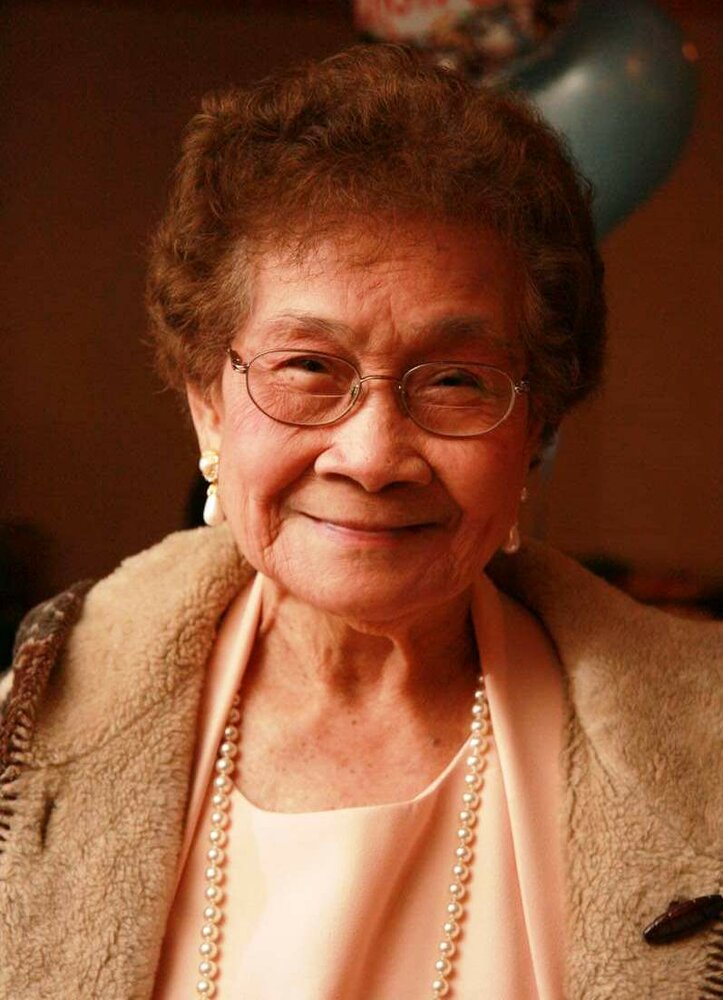 Telesfora Puring Mirasol, 103, passed away on Wednesday, April 6, 2022 surrounded by her family.

Born and raised in Mandurriao, Philippines, Telesfora migrated to the United States in 1980 settling to South Plainfield.

Prior to her departures to the United States, Mom Puring was the owner and operator of her own Kindergarten School in her hometown of Mandurriao , Philippines. Once settled in South Plainfield and after earning her citizenship, she became a Kindergarten Teacher working for Early Learning School in Piscataway for 12 years prior to her retirement.

A devout catholic, Telesfora, was a member of Our Lady of Czestochowa RC Church in South Plainfield and faithfully contributed to both the Association of The Miraculous Medal and America Needs Fatima.

Mom Puring will fondly be remembered as a loving, caring, generous and charismatic individual who always made everyone feel comfortable and cherished every opportunity she spent with her family and friends.

Funeral Mass will be held on Monday, April 11, 2022 at 10am at Our Lady of Czestochowa RC church, South Plainfield.