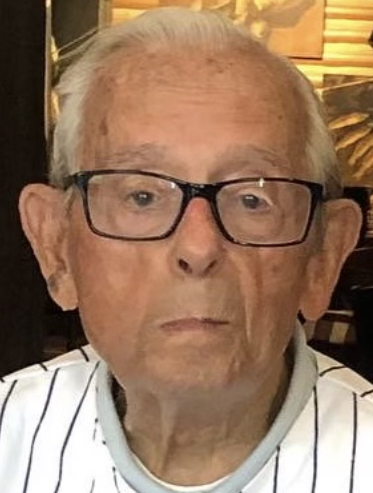 Born in Middlesex, New Jersey, to Josephine Romano   and Carlo Venditti.,he was the oldest of four children, Michael, Susan, and Samuel.  Sadly his mother died in childbirth. They were a proud Middlesex family who survived the depression living part of the time in foster homes.   Anthony went on to graduate from Bound Brook High School where he lettered in track, something he was very proud of.  He enlisted in the United States Army where he served his country in Morocco and Italy during WWII.  A member of the greatest generation he received an honorable discharge.

Shortly after he  met the love of his life Mary Bertucci and they wed in 1948.  Always a family man, he worked at his own business in Plainfield, New Jersey, as a butcher.  He and Mary had two children who were the center of their world, Bernadette and Anthony.  They made their home in Middlesex, New Jersey, where they were communicants at Our Lady of Mount Virgin Church and he was a member
of the OLMV bowling team. He also was a member of the B.P. O. Elks in Middlesex..  When their grandchildren, Emma and Luke, were born, Mary and Tony retired and they babysat for them while they grew up.  There were many happy memories of Emma and Luke’s childhood.  Mary and Tony  also travelled extensively with the entire family to Alaska, Italy, Wyoming and Hawaii. He was honored at the New York Yankees game in 2018 as the Veteran of the Game.  When he turned 100, he received a letter from President Biden commemorating his military service, which he treasured.

Tony was loved by so many.  He had many friends and was surrounded by the love of the families that knew him.  He was bright light and always had a kind word and a helping hand at the ready.

He is predeceased in 2013 by his wife of sixty-five years, Mary, two brothers, Michael and Samuel, and Susan Long (nee Venditti).  He leaves behind his two children, Bernadette Daborn (nee Venditti) and husband Donald of West Orange
and son Anthony and spouse Paula of Chatham.   He also will be deeply missed by his grandchildren, Luke Venditti and Emma Pallay (nee Venditti) and great-grandson
Montgomery James Pallay, whom he met on several occasions and affectionately called “the little guy.”