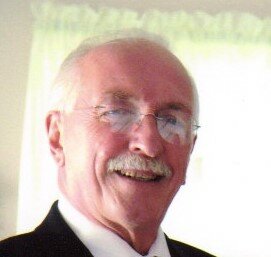 Please share a memory of Phillip to include in a keepsake book for family and friends.
View Tribute Book

Dunellen – Phillip J. Ventriglia, 80, passed away Thursday, July 21, 2022 at Robert Wood Johnson University Hospital in Somerville with his daughter and daughter in law by his side.

Born in Somerville to the late Tom and Josephine Ventriglia, Phil grew up in Raritan.  He settled to Dunellen in 1969 and volunteered his time to the Borough.  Phil sat on the Dunellen Town Council and was a life member and former captain of the Dunellen Rescue Squad.  He was also a member of the Somerville Elks, Lodge 1068 where served as trustee and sat on the board for the Handicap Children’s Committee.

A career salesman, Phil retired from Chemical Consultants, INC based out of California in 2015.   After retirement, Phil enjoyed attending his grandson Logan’s sporting events as well as attending events in the Dunellen Senior Center.  He was an avid NY Giants fan and watched all the games, even when they were losing.  Phil enjoyed meeting new people in his travels and left a lasting impression wherever he went.

Predeceased by his loving wife who died in January 2015, Lynn Ventriglia; surviving are his daughter, Kerri Celentano and husband Brian of South Plainfield and his beloved grandson, Logan.  Also survived by his stepson, Darren Romano and wife Anne of Raritan, and dear grandchildren Jimmy and Sarah; stepson, Thomas Romano of Manville and former wife and good friend, Mae Possien of Dunellen.  He will be missed by his twin brother, Thomas Ventriglia and wife, Joan of Piscataway; sister, Penny Stasyshyn and husband Tony of Middlesex and several nieces, nephews, cousins and friends.

Funeral services will begin on Tuesday, July 26, 2022 at 10AM in the funeral home.  Cremation will be held privately.

In lieu of flowers, donations may be made in Phil’s memory to the Dunellen Rescue Squad, 415 North Ave, Dunellen, NJ 08812.

Look inside to read what others have shared
Family and friends are coming together online to create a special keepsake. Every memory left on the online obituary will be automatically included in this book.
View Tribute Book
Share A Memory
Send Flowers
Plant a Tree
Admin Login | Website powered by FuneralTech & TA | Privacy Policy | Terms of Use